Artificial pagination of articles on news sites - thanks, but no thanks

TL; DR: the bazillionth whinge about content sites with paginated articles, but picking on businessweek.com as they seem to be doing something particularly iniquitous, that I haven't seen before. (Although it could just be that I'm unobservant or behind-the-times, and that this is old news.)

I was in a branch of W H Smith yesterday, and had a quick flick through the latest issue of Bloomberg Business Week magazine. As usual, there were a number of articles that looked like they'd be worth reading, so I handed over £3.30 for the dead tree edition made a mental note to visit businessweek.com later to digest those articles properly.

I got round to visiting the site just now, and it looked like they might have had a minor redesign since I last visited - nothing particularly outrageous though. The first article I checked was this week's cover story about Twitter. Reading down the first page, it was quite a good piece, if not telling me anything I hadn't previously been aware of.

As I scrolled down to the bottom of the page, there was a pagination nav that indicated the article had been split into four pages. As I clicked on "next >" to go to the following page, I was surprised about how quickly the second page appeared - suspiciously quick, in fact. 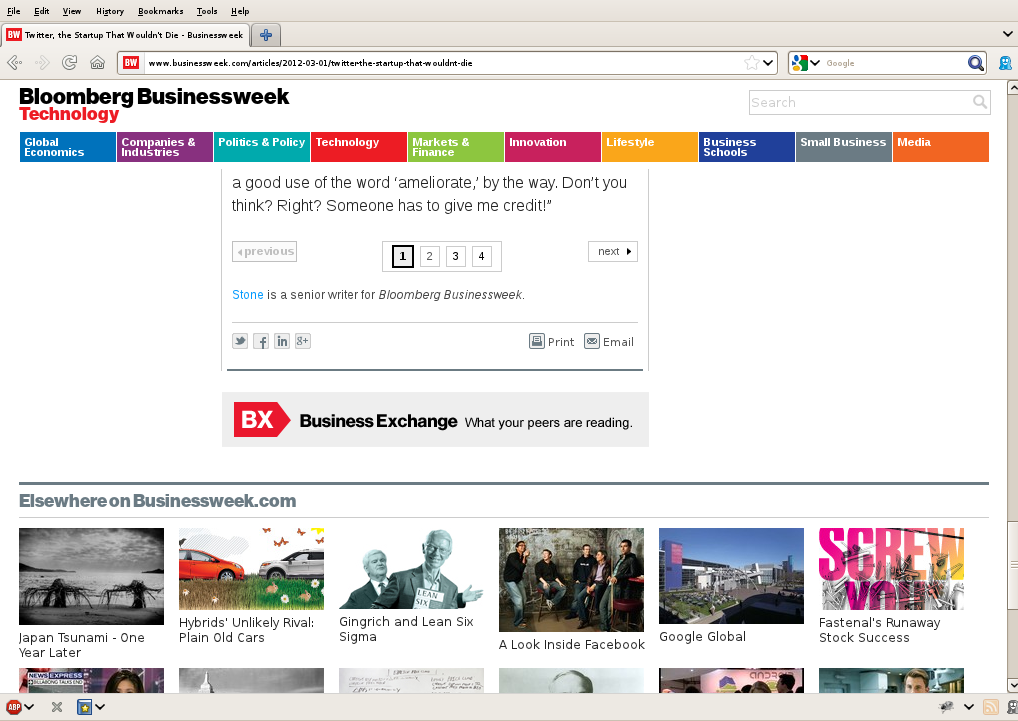 Being a nosey bugger, I viewed the HTML source of the page, and found that in fact, all of the article content is present in the "first" page, and it isn't even sectionalized in any way. 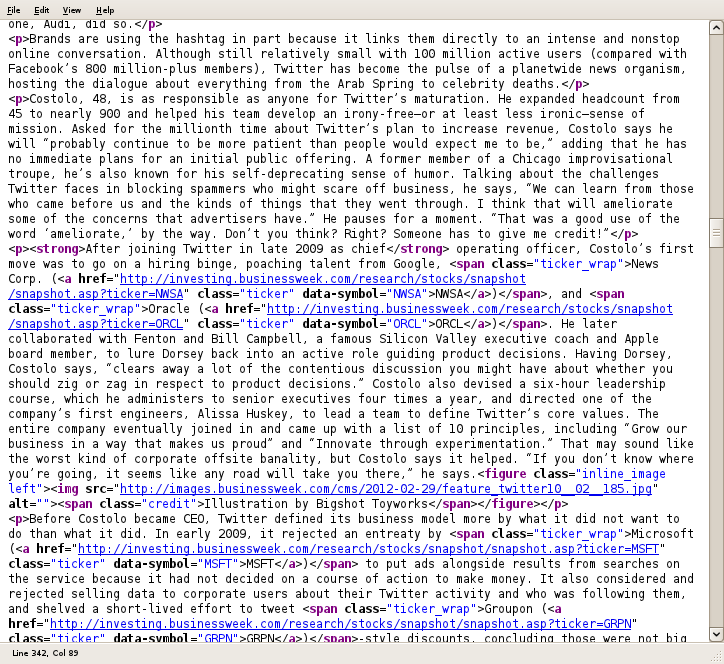 It wasn't a big surprise to me to find out that if I turned off JavaScript, my browser would now show the whole story on a single page, with no pagination controls visible anywhere. On my 1050x1680 portrait display, the full story runs for 8 screens in Firefox, which doesn't strike me as especially long and in need of breaking up. (NB: I have Ghostery blocking Disqus comments in Firefox; when I viewed the regular paginated site in a browser, I found that just the first of the four pages ran to 6 screensworth, of which around 50% were the - mostly inane - Disqus user comments.) 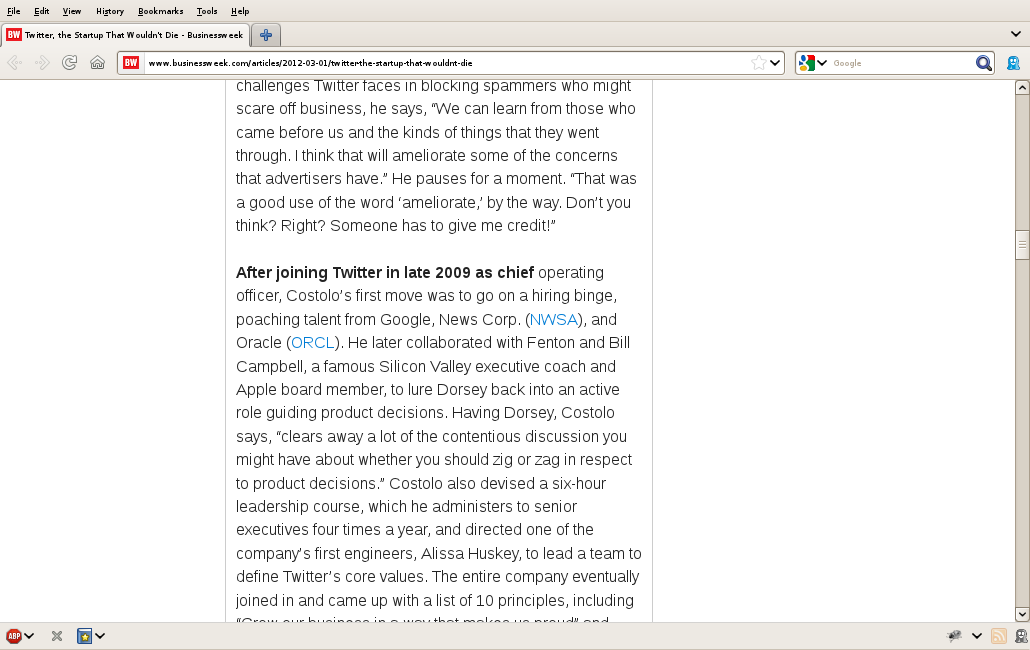 I haven't bothered to check the site's JavaScript code, but I assume there's something that measures the height of the <p> elements, and once the height goes above a certain point, starts splitting/hiding them into pages, and inserts the page navigation controls.

Now, pagination of online content is a complicated subject, and I'm no UX guru, conversion wizard or SEO charlatan who can confidently spout chapter-and-verse about what you should or shouldn't do when building a content site. What I do know is that as a user, I don't like having to continually click-scroll-click-scroll-click-scroll to get through an article that could have easily been scrolled through. And I'm pretty sure I'm not alone.

The usual excuse for pagination is that it increases the number of page impressions or ads that can be shown, but I don't think that's valid here: